The only problem that I didn't take into account, these Rolls are more like little balls of dough, not nicely rolled rolls, and lacking a rolling pin we had to make due with beer steins.
(phew that was a lot of rolling in one sentence) 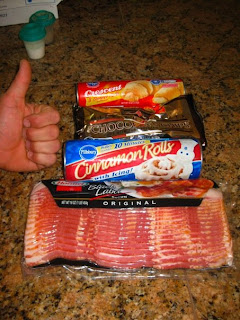 I went with the fattier of the Bacon choices, figuring that it would make the rolls that much juicier. After rolling out the dough into roughly the same size as the bacon, we laid one on top of the other and re-rolled them back up (keeping the Bacon in the center) 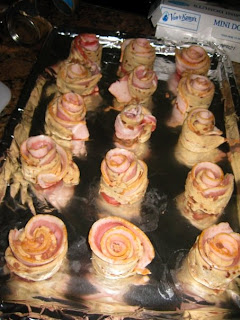 I also sprinkled a mixture of Sugar and Cinnamon on top of the rolls after they were done, hoping that would add a nice caramelized crust effect to the finished product.

After a nice 12 minutes or so of baking time, the salty sweet aroma filled the kitchen and they were ready for glazing. 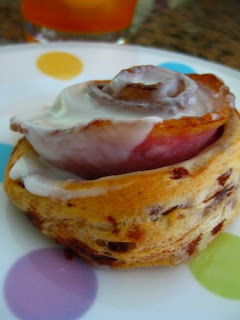 Perfection.
Simple, Salty & Sweet, the bacon was crispy at the edges and a little softer in the center.
The milky frosting glaze topping sealed the deal. 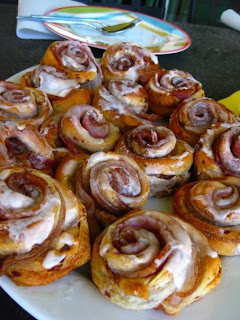