As a present to myself and my new baking creative outlet, I invested in an adorable mini cupcake pan from Target! Because really, as great as cupcakes are, who can resist a mini? Especially when they come with a shot of vodka. 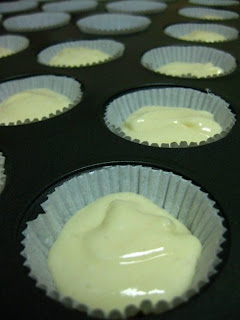 But seriously these were my first mini cupcake experiments, and there will be more to follow. If you are finding yourself asking WHY? Why Niki do you keep putting weird things in baked goods, the answer is simple. Why create something that's already been done before? I know I can make great chocolate cupcakes with a buttercream frosting, but where's the fun in that? 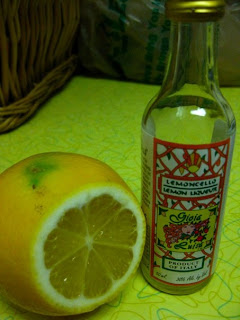 As I said. These are experiments. Some may turn out well, some might fail. I'll let you decide. 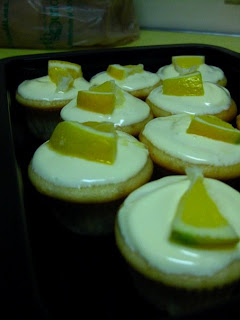 Follow the directions for the Cake Mix, substituting 1/3 of a cup of water for half the bottle of Lemoncello and a shot of vodka. Cut the Lemon in half. Save half for the garnish. Squeeze out the juice of the other half into the mix, and zest the peel into the mix.

Bake as directed. I found it's about 20 minutes for my mini-cupcakes.

To make a simple buttercream, whip the butter until fluffy. Slowly add in the powdered sugar, half a cup at a time. Add the shot of vodka, the rest of the lemoncello and water as needed until the frosting forms stiff peaks. (if you're wondering why mine look so watery, I added too much water and ran out of powdered sugar)

Garnish
Cut the other half of the Lemon into wedges. You can also garnish with dusting sugar. 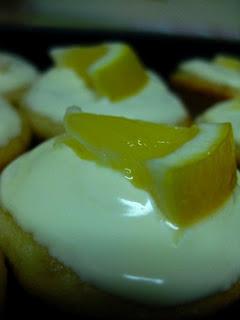