I could probably write a novella on the food experiences just from the quick 48 hour turnaround in the city, but to spare you all a mountain of reading, I'll keep this short and sweet.  My friend, salivating at my descriptions & accompanying photos of German food, lamented the fact that most don't consider Berlin to be the height of culinary art.  It's an interesting debate, one I could go on about for hours, but I think at the core there is a major difference between good food and art.  Where Spain, France & Japan excel in a combination of presentation, culinary advancement and complexity, other countries like Germany, Ireland and Russia capitalize on what they've always known how to do, and do it to perfection.  Meat and Potatoes.  It's a staple for a reason, they don't need to invent new creations, when what they have is already subliminally delicious. 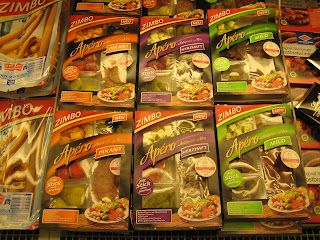 Starters: Instead of Lunchables, they have Antipasto Platters!  I could easily switch out processed ham & cheese for olives, feta and crackers any day! 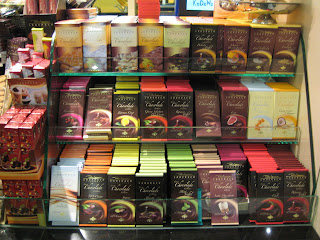 German Chocolate is another one of their strong suits, and they've managed to combine flavors the likes of which I have yet to see pop up state-side.  Absinthe Chocolae?  Could be delicious, but the Green Fairy encased in dark rich decadence... the idea is simply divine. 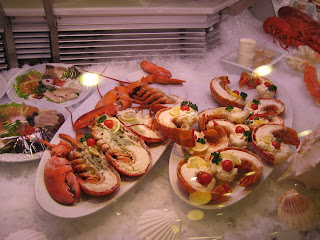 I can't even review this because my lack of foresight to exchange a huge sum of Euro's at the airport got the better of me, but look at the size of those things!! I can only imagine the kind of Sea Otter joy I'd obtain by scooping out chunks of Lobster-y goodness. 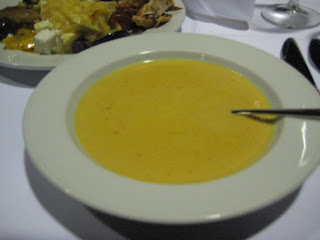 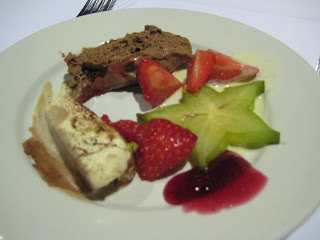 Ever since I was a child, I've been obsessed with Star Fruit.  Crunchy, a little bitter with a finish of clean sweet, and a fun shape to match, what's not to love?  Plus, paired with the lightest & fluffiest chocolate mouse, and Cappuccino parfait, this made for a perfect dessert platter. 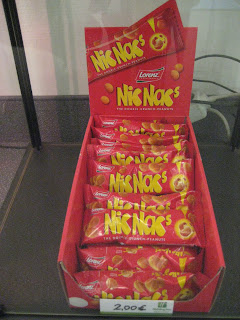 Nic Nac's!  aka, my nickname that chased me around the elementary school playground. 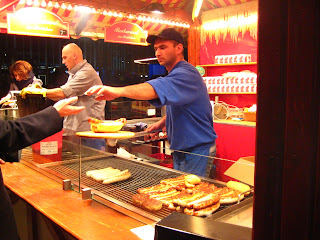 There's nothing quite like a German Bratwurst, especially when it's eaten in a Christmastime Market out under the stars... 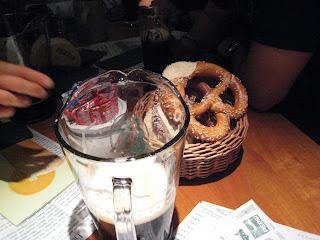 What's a trip to Berlin without Beer & Pretzels?  A failed trip, that's what.  Plus, the options for Mustard were Spicy or Sweet.  I know I'm a little caliente sometimes, but the Sweet totally won me over.  I even snuck a few packets in my purse to enjoy back home. 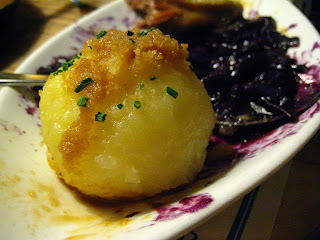 Potato Dumplings & Red Cabbage Slaw.  I wish I knew how to read German so I could have understood the menu fully, but to my understanding this was a heavy, rich dumpling, topped with a flaky, crunchy crust that worked really well with the sweet cabbage slaw, even if I could only eat a bite due to the high density factor. 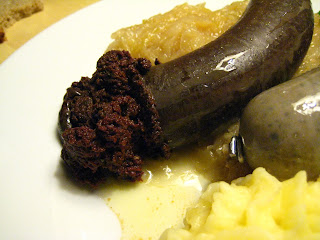 Blood Sausage.  This isn't for everyone, that's for sure.  But hey, you're not living if you haven't tried everything at least once in your life, right?  Plus it's said that our taste buds change every 7 years, so who knows, perhaps by the time I'm 28, I'll totally be in love with these suckers. 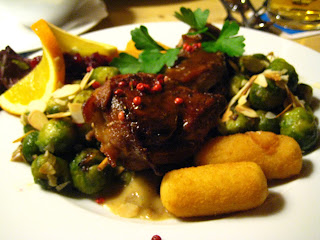 On the other hand, Deer Medallions wrapped in Bacon?  LOVE.  Anything wrapped in Bacon is pretty much a love, but these were tender and gamey, and packed just the right amount of punch with a sprinkling of pink peppercorns on top. 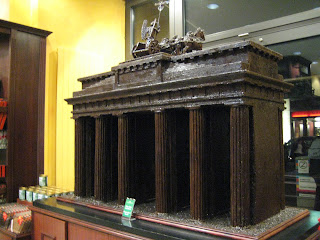 That's made out of chocolate.  I tried to lick it, but security got the better of me. 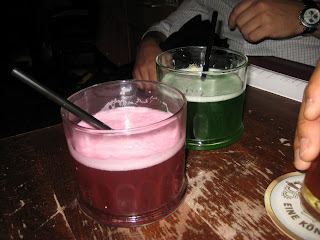