While everyone else is enjoying the LA sunshine for the long weekend, I'm going to be freezing my ass off in the City of New York, trying to squeeze in as many foodie adventures as possible, in as many warm locations as possible and pray that no storms hit!

Oh right, plus visiting the hordes of city friends I never get to see!

All Weekend
Fred Segal Santa Monica Sale
Starts 1/14 & goes through 1/30
Virtually everything in the store is 50 percent off.  This seems like a very dangerous proposition, and buyer be wary because all sales are final... but if you're looking to spruce up your new 2011 look, this isn't a bad way to start!  500 Broadway, Santa Monica http://www.fredsegal.com/ 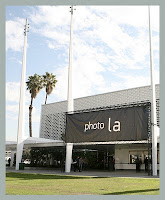 PhotoLA 2011
Friday 1/14 - Monday 1/17
Photola is a perfect place to expand or start a photography collection. Here you will see a distinct variety of work from galleries worldwide, from photographers you adore and ones ready to be discovered and adored. This event has a long tradition as this year marks it’s 20th. The sheer number of exhibitors makes for quite the full day, evening or weekend of viewing pleasure. Along with all the exhibitors, there is a rich itinerary of programming that includes panel discussions with established curators, collecting seminars and book signings with many prominent players. Within artLA, the programming includes a child-friendly lounge to get your kiddos in love with art and collection early in life. (LAT) $10-$80 Santa Monica Civic Auditorium - 1855 Main Street, Santa Monica http://www.photola.com/

Saturday, 1/15
BockFest 2011
1pm - 5pm
A celebration of some the world best beers in Los Angeles the Bock Fest Winter Beer festival features some of the great seasonal beers along with local favorites from micro-brews to large brew houses in the US. Why have a winter beer festival you might ask? Well why not, with the beautiful weather we have here in Los Angeles we get to celebrate life and give back to our community. So join us for a great time and all the proceeds from the event benefit local charities. $35 Olympic Collection, 11301 Olympic Boulevard http://www.bockfest.net/

Pickling Basics
9am to 1pm
Sour, crunchy, spicy, tart, sweet, and aromatic, pickles bring exciting seasoning, piquancy, nutrition and interest to our meals. They are a flavor counterpoint; harmonically interdependent with the aroma and taste of the main elements of a dish. Eating would be much less interesting without pickles, chutneys, relishes, salsas and other such condimentCanning Rings!s. Of course, pickling is not only a means of creating flavor, but also of preserving food.  The Farmer's Kitchen in Hollywood is offering a class on the basics of pickling using fresh food from the farmer's market. Participants will take home one or more jars of what we preserve. $75 The Farmer's Kitchen, 1555 N. Vine St., Ste. 119, Hollywood hollywoodfarmerskitchen.com

Art Directors Guild’s Gallery 800 Opening Reception: As Seen at Comic-Con
6pm to 9pm
The Art Directors Guild's Gallery 800 announces its first art exhibition of 2011, "As Seen at Comic-Con: an Exhibition of Professional Work by the Illustrators of the ADG," which will open on January 16 with a hosted reception from 6:00-9:00pm. The January 16 reception will feature over 80 pieces of professional works featured at the 2010 Comic-Con, the largest comic book and popular arts convention in the world. Created for titles such as "Harry Potter," "Tron," "Tron Legacy," "Twilight," "Star Trek" and many more. The exhibition will peek into the behind-the-scenes worlds of film and television through storyboards, concept art, illustrations and more. Pieces will not be for sale due to their commercial nature however the gift shop will be open. Gallery 800 at the Historic Lankershim Arts Center - 5108 Lankershim Blvd - North Hollywood, CA www.gallery800.com
Wednesday, 1/26

Farmer Dinners Series @ Fig Santa Monica
5 to 10 p.m.
At Fig in Santa Monica, chef Ray Garcia makes farmers the stars with his Farmer Dinners series. Garcia cooks a menu based on the produce provided by a single grower, bringing the people behind the plants into the restaurant to share the meal. For January (citrus season), Garcia will be highlighting the many varieties of Garcia Organic Farm (dishes range from $5 to $30; call 310-319-3111 to reserve). Fig Restaurant, 101 Wilshire Blvd., Santa Monica; 310-319-3111 figsantamonica.com
Newer Post Older Post Home