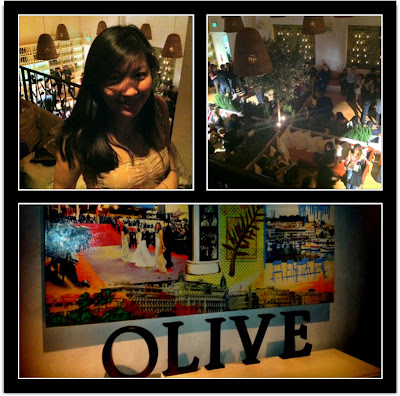 My mom has been raving about their lychee & blueberry martini's for forever, but due to a comedy of errors I've never actually made it to the NYC location. Shock and awe as we heard that not only were they opening a Los Angeles outpost, but that it was just down the street from me! Hooray for another little piece of NYC opting for a sunnier disposition in socal! 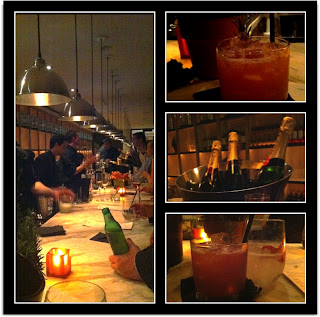 Occupying the former Republic space on La Cienega and Melrose Place, this giant of a restaurant opened to the public, amid a chorus of fanfare, last Saturday. But to build a little hype, and offer their primary clientele a sneak peak into the lavish world of Fig & Olive, they hosted three private parties leading up to the grand opening.

This lucky blogger scored herself an invite to the "Evening in the South of France" with a spring fashion show by Chloe, a large array of appetizer trays, and several gallons of free-flowing Moet from the stunning bar. 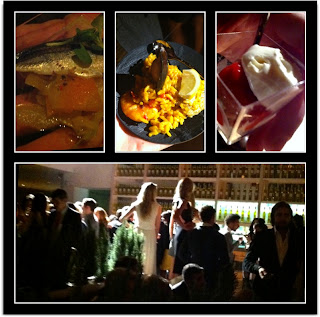 Having spent a lot of time in the old locale, I must say that F+O did an amazing job of re-vamping the once claustrophobic venue into a gorgeous place to see and be seen. Starting with a marble bar that extends the length of the venue, to an olive tree courtyard of tables, a casual balcony from the second floor overlooking the party below, and finally a private dinner terrace which seemed fit for birthday parties 21 - 99.

So if you're having a night out, be sure to swing by Fig & Olive for some much deserved luxury!