Wanted to share a little sweet treat with you guys in honor of TGIF, and no not the restaurant where you'd take your gorilla best friend (yes, you MadameHorchata), but the sentiment that the week is finally over. My friend LoveOnTheGo who works at YumSugar (yes a job that I would KILL to have, and am constantly sending her other opportunities so she'll quit and I can take it) put together this amazing video on how to host your own candy bar party, complete with adorable stop-motion animated compartes chocolates dancing!

In an effort to avoid any Royal Visit traffic, I think I'm headed to my secret hole in the wall for some Bartender Brandon treats...  Tomorrow there's some chores to do, hopefully followed by some all you can drink brunch at Marco's, and a nice relaxing day of lying out by the pool.  I have 6 ears of corn to grill.

Sunday I have a feeling that the mister is going to drag me to the Rose Bowl Flea, unless one of you comes up with a much better way for me to spend my morning, and then I'm going to try and get in a round or two of tennis with the Mayor of Fun.

What do you guys have going on?  Leave me a comment below!

Barnsdall Friday Wine Tasting
Starting at 5:30pm
Unwind and enjoy the beautiful Barnsdall Art Park as the sun is setting, from the gated gardens in the West Lawn of the historic Hollyhock House. Silverlake Wine will present four selections of boutique, small production, artisanal wines from around the globe. Along with food from specialty and eclectic food trucks available for purchase. Wine tastings are $25, tours of the Hollyhock house available for an additional $15. Tours start at 5:45pm, 6:15pm, 7:00pm and 7:45pm. Space per tour slot is limited, and often sell out, so buy your tickets in advance. Barnsdall Art Park 4814 Hollywood Boulevard http://www.barnsdall.org/

Saturday, 7/8
Bixby Knolls Dragster Expo & Car Show
3pm - 9pm
The cackle of the 3000-horsepower racing machines reverberates through the ears, the flames leap out of the engines in the dusk of the summer evening, the smell of nitro fuel permeates the air, and the mind recalls the legends of the famed Lions Drag Strip, as a dozen vintage Top Fuel dragsters simultaneously fire up their engines in the intersection of Atlantic Avenue and Carson Street in the Bixby Knolls neighborhood of Long Beach. This grand finale is a highlight for thousands of racing and car show fans and is one of the unique attractions that is drawing widespread acclaim for the Bixby Knolls Dragster Expo and Car Show. Atlantic Ave & Carson St, Long Beach, CA 90807 http://www.bixbyknollscarshow.com 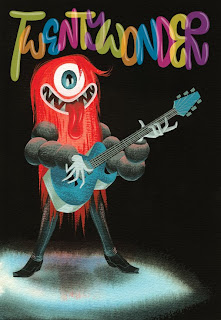 TwentyWonder
8 pm
The Down Syndrome Association Of Los Angeles presents the second annual fundraising event TwentyWonder — “A Carnival Of The Mind”, hosted by the L.A. Derby Dolls at The Doll Factory in Los Angeles. Featuring a bursting expo of art, science, music and comedy, with Black Rebel Motorcycle Club, Exene Cervenka, Ed Asner Does Seuss, Axis Of Awesome, Joel Hodgson, League Of S.T.E.A.M., The Original Batmobile, Funny Or Die, Cartoon Obscura, Lynda Barry, Entomology and more. Plus, an all-star roller derby grudge match with the L.A. Derby Dolls and the San Diego Derby Dolls. Some of Los Angeles’ favorite food trucks will be on site at the Doll Factory for event dining, and soft drinks and alcoholic beverages will be available for purchase. A percentage of proceeds from food and beverage sales will be donated to DSALA. The Doll Factory 1910 West Temple Street http://www.twentywonder.org/

Saturdays Off the 405
5pm - 9pm
Enjoy outdoor music and evening views of the city and drink in the refreshing summer exhibitions in a casual and spontaneous atmosphere. The evenings feature performances by your soon-to-be favorite bands, along with DJ sets to open and close the night.  Plus, don't miss the free Spotlight after Dark tours in the galleries. Join in a provocative 20-minute exploration and discussion of art with a Getty Museum educator. Tours depart at 6:00 and 7:00 p.m.  A cash bar serves Getty-tinis and more, and the Garden Terrace Cafe offers sandwiches, salads, and other nibbles (both until 8:30 p.m.). The Getty 1200 Getty Center Drive http://www.getty.edu/museum/programs/performances/saturdays_405.html

Free Yogaworks Yoga at SLS Hotel Beverly Hills (A little tip from the lovely Caroline on Crack)
9am to 10am
You don’t have to be a hotel guest at SLS Hotel at Beverly Hills to partake of this free YogaWorks yoga class! The new series starts this Sunday to promote the hotel’s Ciel Spa. Sign up by calling (310) 246-5560 and just dress up in your exercise gear and bring your own yoga mat. Free. SLS Hotel at Beverly Hills, 465 S La Cienega Boulevard Reservation: (310) 246-5560 *from Caroline on Crack's Blog
Newer Post Older Post Home