You see that first thing on the docket?  30-Course Foie Gras Finale?  I'm doing it!  With THESE DUDES --> Epicuryan & kevinEats so you know they're going All Out and there will be well documented proof afterwards!

Other than that, there is absolutely a trip to Gallery 1988 for the "There's Always Money In The Banana Stand" show, a Tofu Party with my LivingSocial Adventures peeps, yet another little cousin's birthday and hopefully a girl's night screening of Magic Mike (yes? Is that happening?)

All Weekend
A 30-Course Foie Gras Finale @ The Royce
Through June 30th!
You might’ve heard—come June’s end, foie gras gets full-on illegal in California. If you’re in the mood for an extravagant farewell, the esteemed chef over at the Royce is whipping up 30 variations over the final three days, prepared with everything from rhubarb to pigeon to pig’s feet. This is the biggest of all the Foie Finales out there and certainly one not to be missed.  Each course starts at $20 and requires a three-item minimum order. The Royce at The Langham, 1401 S Oak Knoll Ave, Pasadena. http://www.roycela.com/

Los Angeles Bids A Foie Farewell
It All Ends (sort of) June 30th!
Even though California is bidding Foie adieu officially on Saturday, I'm sure we'll still see it popping up in secret fashion all over the city.  Regardless why not take advantage of all the delicious meals being put together?  Right?  I mean, who in their right mind would pass up the chance to eat Deep Fried FoieGoreos? (Oreos, Foie Gras Icing, Strawberry Puree, Nutella @ Beer Belly). So here is Caroline on Crack's round up of other great LA establishments throwing Foie-tastic Parties this weekend! http://www.bbc.com/travel/blog/20120626-los-angeles-bids-a-foie-farewell

Anime Expo
6/29 - 7/2
Held annually in Los Angeles, Anime Expo is North America’s largest anime and manga celebration. Anime Expo™ gives fans the rare opportunity to meet and hear from some of the most famous anime, manga and musical artists from Japan and get into the action through everything from costume play, karaoke and video competitions to exclusive screenings, non-stop video gaming competitions and the wildly popular Masquerade, in which fans transform themselves into their favorite characters through creative costuming, accessories and make-up and put on their own show before an audience of thousands. LA Convention Center 1201 South Figueroa Street Los Angeles, CA 90015 http://www.anime-expo.org/

Friday, 6/29
There's Always Money In The Banana Stand
7pm - 10pm
What?! The always incredibly curated Gallery 1988 is playing host to what TV will surely call the most under-rated Art Show of all time.  The Bluth Family is making it's return in the form of plush dolls, sculptures, paintings and original prints.  Featuring over 80 artists, this show is the perfect tribute to our favorite cult sitcom and it's just in time for the RETURN OF THE SHOW, exclusively on Netflix! Tonight is the Opening Reception but the show will be running through July 21st.  That said, if you want to snag up any originals, I'd plan on making a stop by tonight before they're all gobbled up!  I mean really, who doesn't want their own Bluth Family Portrait hanging on their wall? Gallery 1988 || 7020 Melrose Avenue www.nineteeneightyeight.com 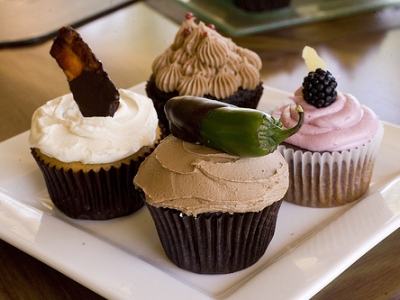 Cocktail & Cupcake Wars
3:30pm
Think you could show Candice Nelson a thing or two about Sprinkles?  Well here's your chance (sort of) to bake your hearts out without the intense heat of in-studio lights!  What's better than cupcakes & cocktails?  Cupcakes, cocktails AND competition! Form teams to battle in our version of Cupcake Wars.  Dozens of undecorated cupcakes provided by Alice Tseng, owner of the renowned Marilyn Dean's Bakery. She'll be on hand to advise and then judge your creations. From jalapenos and bacon bits to fruit and frosting, we'll have all the ingredients waiting for you! https://www.lifecrowd.com/activity/cocktails-cupcake-wars

Harold & Belle's hosts a Crawfish Boil Block Party
Noon to 6 p.m.
The heart of Los Angeles’ Creole community is arguably the classic Jefferson Park restaurant Harold & Belle’s, open since 1969. While you can order gumbo and jambalaya there any old day, this Saturday’s crawfish boil and block party is a once-a-year fête you shouldn’t miss (AYCE - $30). If mud bugs aren’t your thing, there will be other New Orleans-style favorites to eat too. Harold & Belle’s, 2920 W. Jefferson Blvd., Mid-City www.haroldandbellesrestaurant.com

Royal/T Greatest Hits Party
8pm - Midnight
As Royal/T approaches its August closing date, Royal/T will host a “Greatest Hits Party” on Saturday, June 30 to thank supporters and revisit past curators, artists, and performers. The festive evening will include a walkthrough and talk with curators and artists including Whitney Biennial Co-Curator Jay Sanders and Andy Warhol Museum Director Eric Shiner among others. The night continues with desserts, beats from artist Dave Muller, and a performance by Prince Poppycock, concluding with a midnight toast to support the beginning of Royal/T’s future pop-up shop ventures. Since opening in October 2007, Royal/T has contributed a variety of colorful events to the Los Angeles cultural scene, including reflective lectures, workshops, pop-up events, and collaborations. On June 14, the space will host a new pop-up shop by Onch Movement Jewelry called BANG!, a mixture of pop culture with fun fashion. The shop will feature a collaboration with Japanese artist and cult icon Shojono Tomo, who will also attend the opening party direct from Japan. Other collaborations include Anarchy Hair, Twinkie Chan, and Touch Zero Gravity. 8910 Washington Blvd., at Higuera St., Culver City http://www.royal-t.org/event/greatest-hits-party-june-30th/

Underground Rebel Bingo
Doors Open at 10PM
We are The Underground Rebel Bingo Club. One night we got drunk in the basement of a church hall in London. We found an old bingo kit stored down there. We started messing around with it and accidentally invented a new, mutant form of bingo. We called it Rebel Bingo. We knew it was wrong, but it felt good. We weren't supposed to be there, in the basement, and we definitely weren't supposed to be experimenting with bingo. We called it Rebel Bingo. The old skool bingo community heard stories about our Rebel Bingo parties - about the noise - the screams - the emotion - they are not happy. They think we are desecrating their boring old game. They want to make us "disappear". They are old and angry. So, we have to keep our shizzle on the down low. We meet under the cover of darkness to indulge in our secret passion and use cunning cover stories to disguise our meetings. You won't see us but we're everywhere. You won't hear us but we're right behind you. We're everywhere and nowhere, but wherever we are we're playing dirty secret hardcore Rebel Bingo on the down low. It's their last LA Date, so if you haven't had a chance to check it out yet, now's the time! http://www.rebelbingo.com/US/