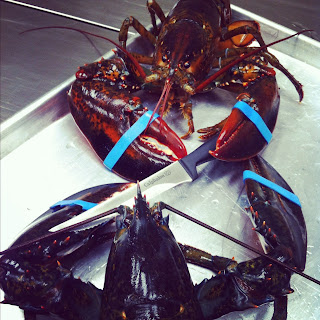 I will forever applaud the first person to pick a crawly crustacean out of the ocean and decide it'd make perfect fodder for food, because as much as I love a good lobster, I know I'd have a hard time watching it walk by and thinking mmmmmm...

Executive Chef Atsushi Kenjo of CHAYA Downtown is celebrating our nautical arthropod friends for the month of October with the first (and hopefully not last) Crustacean Food Fair!  Available only at dinner, Chef Kenjo is offering up a delicious menu and I was invited to come check it out.  We also tried out a few of their other signature dishes just for fun as well :). Plus they're offering a new bar menu after 7pm with their already super awesome happy hour going from 4-7pm daily! 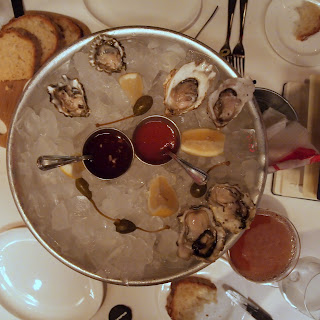 Not wanting to overdo to raw bar we decided to start off the evening with a trio of oysters from the raw bar...  First up were the New Zealand Clevedon Coast's that actually ended up being our favorites of the night.  They were rich, buttery and totally going on my list!  I'm not sure how much longer they'll be on the menu since their raw bar lists the equally as delicious Hama Hama's as the third option.  We also had the always great Kumomoto and Fanny Bay Oysters to finish off the platter. 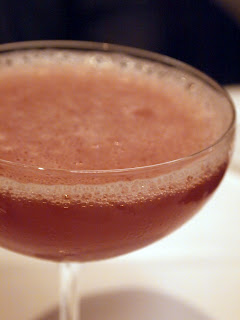 With a name like Seeing Double I was expecting something that packed a dizzy punch but was surprised with a delightful cocktail that started off quite nicely but was having me see double by the last drops.
Kool as a Kucumber
Hendrick's gin, St. Germaine with a splash of tonic and cucumber 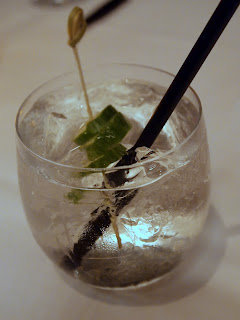 If you're looking for something refreshing, this drink has your name all over it.
Dungeness Crab Duo ($18)
dungeness crab and rock shrimp dumplings w/ ginger soy balsamic
creamy dungeness crab croquette w/ piquillo pepper coulis 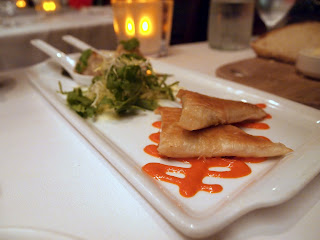 While the dumplings did leave a little to be desired (they were eerily reminiscent of a late to the game dim-sum platter) the crab croquettes were incredibly light and fluffy and the coulis provided the perfect amount of spice to ground the dish.
Rock Shrimp and Bay Scallop Ceviche ($14)
aji-amarillo ponzu w cucumber, red onion and cilantro 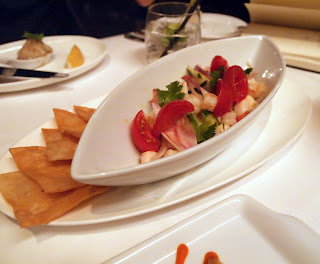 With fresh seafood, the real winner of this dish was the aji-amarillo ponzu which I guiltily must say I sopped up with extra pieces of sourdough long after the ceviche was demolished.
Half Main Lobster Sushi ($32)
five varieties of nigiri sushi and rolls with lobster miso soup 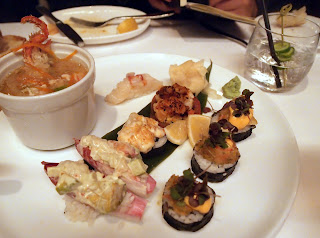 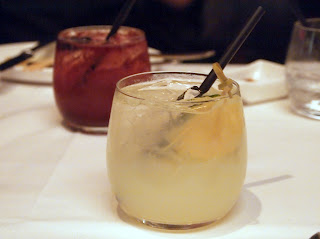 Round one finished, our waitress suggested these two cocktails to pair with some Chaya Classics.
Classic Bigeye Tuna Tartar ($14)
grilled crostini and avocado 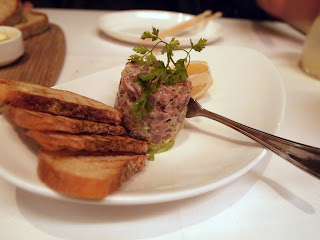 One of the staple dishes on the menu, we were told this was a dish not to be missed.  While it was a touch heavy on the chive, this tartar was able to hold up to it's reputation.
Crunchy Yellowtail ($16)
garlic-jalapeno ponzu 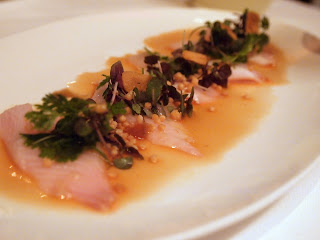 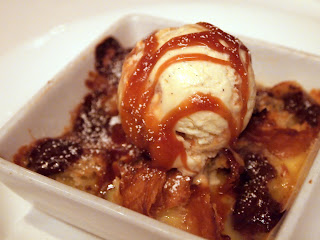 I mean, all you have to do is look at this picture and know... instantly... that this was incredible.  We finished off every last bit and I was already full before they even brought out this dish.
Chaya Downtown
525 S Flower St
Los Angeles, CA 90071
213.236.9577
thechaya.com/downtownLosAngeles