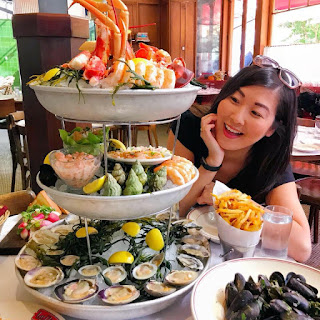 Being a Los Angeles native, the strings of creativity have constantly flowed through my veins. Surrounded & inspired by filmmakers, artists, musicians, chefs, photographers, farmers & decorators my whole life, I’ve spent the last 10 years headed down the path of the Producer. Film School at NYU Tisch School of the Arts, followed by the training camp of working for the Devil Wears Prada, the 60 hour work weeks of life at "The Agency" a.k.a. International Creative Management & the seemingly “more creative” life of the Studio at both Spyglass Entertainment and MGM Studios, I’ve realized that I’ve yet to be satisfied.

The path from inspiration & brainstorming to completed project could take anywhere from months to years… most things dying a slow death in development purgatory. Food on the other hand, allows for inspiration to take instant (and generally delicious) form with that crowd pleasing result I generally look for in storytelling. There’s no place for pretension in my kitchen, with some of the best ideas coming out of absurd collaborations & conversations, and with the constant rotating cast of comedians in my life, there’s always a witty pun to accompany each and every dish.

So I set out to continue my journey by working on illustrious reality cooking competition shows like MasterChef and Hell's Kitchen on FOX. In my very rare free-time I spent every hour I could in the kitchen working for catering companies, and food-styling for cookbooks and emerging digital media companies...

One such company was POPSUGAR who was on the brink of the digital media revolution. Seeking to expand their lifestyle team, they formally brought me on staff in 2013 to produce their food & e-commerce videos. It was the absolute perfect mix of my jack of all trades talents... write, produce, direct, recipe develop, camera operate, edit, mentor... the list goes on and on. The digital world was the wild west of filmmaking and I was right there and ready to be a part of it's growth.

5 years, several awards, 2 television shows, millions of subscribers, 8 original shows, and billions of views later, I feel confident that we created some truly wonderful things together.

But alas all good things must come to an end, and after becoming the Senior Producer and Director of all lifestyle content and having complete control to create enticing and deliciously enjoyable editorially driven videos - I was ready for a new challenge.

Branded was certainly the next frontier. Digital creators had learned quickly how to attract and grow their audiences organically, but the new trick was to sympatrically monetize content without loosing authenticity. It's a tricky tightrope to walk, but I knew that finding that footing would be an extremely valuable next step. Thankfully Tastemade Studios was on the exact same path and brought me in to continue creating beautiful branded content while expanding into the Travel realm.

At the tail-end of my Tastemade tenure, we were onto the next new trend - Immersive video content. Think Bandersnatch and pretty much every choose-your-own-adventure book you read as a kid. I'd developed, filmed, edited, and created a fully interactive Road Trip Adventure that we sold as a pilot to Eko Studios. We were weeks away from embarking on our first major shoot when...

Life is full of wacky, weird, and wonderful uncertainties and the only path you can follow is one you create yourself. While I don't know what the future will hold, I do know that no matter where my life takes me - I want to keep creating. Keep telling stories. Keep inspiring people to live, travel, adventure, and eat to their hearts content.

So I hope that my next journey is with you...